What Could Lent Mean for Evangelicals? 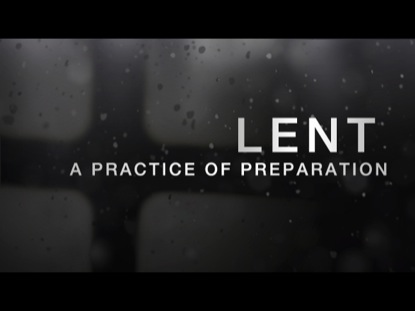 Ash Wednesday was yesterday. Many of us are unaware of it’s
significance. Some have become aware recently and as Evangelicals have begun to
participate in the practice of Lent. Ash Wednesday begins the start of this
spiritual exercise.

The practice of Lent
is ancient but it’s practice by Evangelicals is fairly new. I found myself
asking why Evangelicals rejected it in the first place and what our purpose is
for engaging in it again?  I do not want
this to be a strictly academic exploration, in fact I will not dive in too
deep.  I just want to scratch the surface
and begin my own journey into further understanding it.  I tried to read articles and posts that cover
a broad range of reactions to the Evangelical community participating in Lent in order to be well rounded in my approach.

Initially Reformers rejected Lent because it was not a
practice demonstrated by Christ. In reaction to the Roman Catholic Church and
practices that were not biblically based, and because of abuses of power, the
practice of Lent was abandoned. This is an oversimplified summary. There is so
much more. But for my purposes initially, it is enough.
Some quotes I found valuable in my search:
John Calvin, Institutes of the Christian Religion, 4.12.20
(1536)
Calvin is clearly hostile to describing lenten fasting as an
imitation of Christ.

Then the superstitious observance of Lent had everywhere
prevailed: for both the vulgar imagined that they thereby perform some
excellent service to God, and pastors commended it as a holy imitation of
Christ; though it is plain that Christ did not fast to set an example to
others, but, by thus commencing the preaching of the gospel, meant to prove
that his doctrine was not of men, but had come from heaven. And it is strange
how men of acute judgment could fall into this gross delusion, which so many
clear reasons refute: for Christ did not fast repeatedly (which he must have
done had he meant to lay down a law for an anniversary fast), but once only,
when preparing for the promulgation of the gospel. Nor does he fast after the
manner of men, as he would have done had he meant to invite men to imitation;
he rather gives an example, by which he may raise all to admire rather than
study to imitate him. . . . It was therefore merely false zeal, replete with
superstition, which set up a fast under the title and pretext of imitating
Christ.

Furthermore, Lent was
rejected because it was seen as a works based way to add to Christ’s work of
grace. It was viewed as a work done by human will power that resulted in no
significant spiritual transformation.  It
was an act accomplished solely on human strength. To Reformers and early Evangelicals, Lent was a mockery of
what Christ wanted to accomplish in our lives. It was rejected for numerous
reasons, one of them being how it was practiced by their contemporaries.
Reformers and some early Evangelicals saw it as meaningless and counter
productive practice because reliance on Christ and the Spirit was not a part of
the observance. To give up a sin for a time does not honor Christ’s sacrifice or his desire to fully transform us and bring us victory over sin. Again, very over simplified.
John Owen, On the Mortification of Sin in Believers (1656)

Owen wrote extensively on the Christian practice for
mortification of the flesh. However, he was very clear to differentiate the
gospel practice of mortification from practices of “popish devotionists.”

That the ways and means to be used for the mortification of
sin invented by them are still insisted on and prescribed, for the same end, by
some who should have more light and knowledge of the gospel, is known. Such
directions to this purpose have of late been given by some, and are greedily
catched at by others professing themselves Protestants, as might have become
popish devotionists three or four hundred years ago. Such outside endeavors,
such bodily exercises, such self-performances, such merely legal duties,
without the least mention of Christ or his Spirit, are varnished over with
swelling words of vanity, for the only means and expedients for the
mortification of sin, as discover a deep-rooted unacquaintedness with the power
of God and mystery of the gospel.
They bid men vow to abstain from their sin for a season.
This commonly makes their lust more impetuous. Perhaps with great perplexity
they keep their word; perhaps not, which increases their guilt and torment. Is
their sin at all mortified hereby? Do they find a conquest over it? Is their
condition changed, though they attain a relinquishment of it? Are they not
still in the gall of bitterness? Is not this to put men to make brick, if not
without straw, yet, which is worse, without strength? What promise hath any
unregenerate man to countenance him in this work? what assistance for the
performance of it? Can sin be killed without an interest in the death of
Christ, or mortified without the Spirit? If such directions should prevail to
change men’s lives, as seldom they do, yet they never reach to the change of
their hearts or conditions. They may make men self-justiciaries or hypocrites,
not Christians.

Martyn Lloyd-Jones, sermon from John 1 (1962)
Lloyd-Jones is blunt in his appraisal.

Lent, of course, is a relic of Roman Catholicism. One can
easily understand it in such an organization – it gives power to the priest,
and so on – but there is, I repeat, no evidence whatsoever in favor of it in
the New Testament, and it simply leads to this show of wisdom and human will
power. It is people adding their works to the grace of God, and this is
essentially Roman Catholic teaching. Well, my friends, let us get rid of this,
let us not waste our time with it. We are to be led by the Spirit always.

So, where does that leave me? I believe the practice of Lent
for Evangelicals needs to be evaluated more thoroughly. Perhaps we need to develop a more complete understanding of it’s history. We should know why it was rejected by
Reformers and early Evangelists. In order to avoid the spiritual pitfalls it
can lead to,  we need to know what they
are and what led to them. I think we need to clearly define our purpose for
this practice and also how we can use it beneficially for our spiritual growth.
Where do I stand on Evangelicals observing Lent? I clearly feel the need to evaluate it
more. I am not prepared to throw away the concept just yet. I myself participate in this practice.
At this point I view
it as more of a spiritual exercise. I have found that observing it is an
opportunity to prepare spiritually for Easter. When I practice Lent, I use
fasting from an activity, substance or thought pattern as a catalyst.  When I long to participate in the activity I
am fasting from I use that to remind myself to depend on the Holy Spirit. I use
it as an opportunity to pray and reflect. When I catch myself wanting to
participate in the act I am fasting from, it is a reminder to connect with
Christ and more specifically his journey to the Cross. It is an opportunity to
rely on the Spirit for strength in the task I have chosen to fast from. I have
always viewed this work as opportunity for long term change.
These practices have prepared me for celebrating Easter. I
find myself more mentally and spiritually prepared to participate fully in the extraordinary event that changed history. Without this
preparation period, Easter comes and goes without enough time for me to engage
it meaningfully.  I hurtle through
without enough time to reflect on why Jesus conquering death and rising again
is such a game changer for believers, for me.
Maybe I feel the need for this more and more because we have
moved away from the Church calendar. We no longer emphasize the spiritual
rhythm created by the calendar. I often feel these spiritual seasons come and
go without enough time to contemplate. Life is moving so fast for me right now.
I need to engage in a practice that helps me purposefully and deeply connect
with all that God accomplished by sending Jesus.

2 Timothy 1:9-10
He has saved us and called us to a holy life—not because of
anything we have done but because of his own purpose and grace. This grace was
given us in Christ Jesus before the beginning of time, but it has now been
revealed through the appearing of our Savior, Christ Jesus, who has destroyed
death and has brought life and immortality to light through the gospel.

Through Jesus dying on the cross, we receive the forgiveness
of our sin. I receive freedom from my sin. Through Jesus conquering death by rising on the third day, we
receive eternal life.  The hope of glory is for all of us because of this incredible event. Transformation in
our lives is possible through the Spirit and there is good news for all. We
serve a living, mighty God.  The spiritual exercise of practicing Lent has helped me rejoice in this more fully, more mindfully. I hope everyone can find a spiritual exercise that will help them to achieve this preparation.

Check out this article.